For too long the captain has sat in his quarters ignoring the charts and guzzling the rum of immediate folly. He has failed to give any order but toward objects on the horizon whose existence may be mere whim. The crew grows weaker for lack of drilling and waters too calm to give them pause in their games and grog. 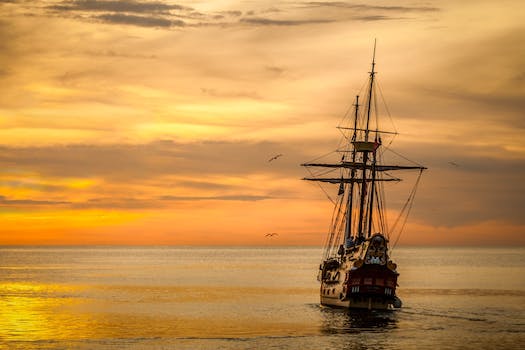 I declare a mutiny on this ship.

The cabin boy will now take charge of the helm. He has learned the ropes. While he was small and afraid when he first stepped on the deck, he now knows he will always be smaller than the world and that there are fates far worse than fear.

He knows the sailors lining the rail. He knows which will be trouble and which he can rely on in a storm. He knows that sometimes he will have to use the lash, and sometimes he will get to open the ship’s stores for an extra ration to be portioned out after they show him their worth in rough seas.

He has seen the other ships racing past him. He has seen the captain plot similar courses without knowing the shoals and tides that would cause them to flounder. There will be no more of that. While every ship must plot their own course, there is no reason not to ask the other captains about the dangers of particular seas.

The captain is in the brig, now, but is allowed to walk the deck for short periods of time. It keeps him from sowing dissent about the new order of things. It would be a mistake to hang him from the yardarm. He has some knowledge of the sea, and he looks the part of a captain. That is something the cabin boy needs to learn.

In port, the crew is straightening the warped keel, scraping off the barnacles, and fixing the rudder. New sails are brought in that catch more wind, but the boy knows they will only be able to get better ones after sailing into distant ports. New charts have been acquired, but the boy knows better ones are to be had from captains closer to their destination.

And now they pull up anchor. The boy reads the stars and directs the helm to close haul into the stiff breeze before them. The voyage starts into the wind, but the ship will persist even into the storms they all know will follow. And the winds will change if they find the true course. Eventually, it will be almost all downwind, though no one can predict the vagaries of the wind.

They know, also, that the rewards over the horizon, even if they can’t be seen through the spyglass, are worth braving the seas.